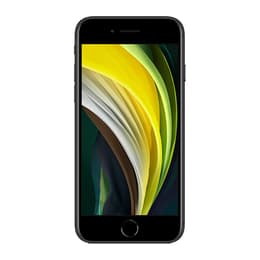 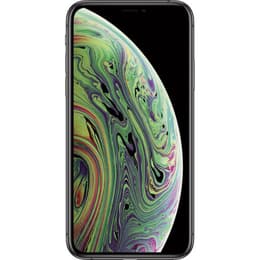 iPhone SE vs XS: a hard choice since they’re both so similar

When looking at the iPhone SE vs XS, it can be hard to make a choice because these are both very similar devices. The XS has a larger and more premium OLED display, but the SE has a newer processor which will make browsing and apps slightly faster. We won’t tell you which of these iPhones is better, since they’re both so similar, but we will let you know some other important variables to keep in mind when trying to choose which one of these refurbished iPhones you want to buy.

Here’s another factor that is substantially different in the iPhone XS vs iPhone SE. But first, let me dispel any rumors that Face ID is better just because it’s a newer technology than Touch ID. It works differently by scanning your face instead of a fingerprint, but each one has pros and cons. For example, Touch ID may have issues working on rainy days when your hands are wet, while Face ID is annoying to use if your device is laying flat on a table or if you’re wearing a mask (although supposedly Apple is working on an update that will enable Face ID to work even if you’re wearing a mask! Maybe it’s already out by the time you’re reading this?). But it’s a matter of preference, and it shouldn’t be the deciding factor on which of these phones you want to buy.

iPhone SE vs XS: the screen is perhaps the most important deciding factor

Yes, just like the title reads, the screen is going to be perhaps the most important component in choosing between the iPhone XS vs SE. Let’s start with this question: what is the size of the screen in the phone you currently use? Because if you’re accustomed to a smaller screen and fine with it, the 4.7” LCD screen in a refurbished iPhone SE will probably be just fine for your needs. But, if you’re comfortable with a bigger display because maybe you like to watch a lot of videos or occasionally do some online shopping on your phone, you’re probably going to want an iPhone XS.

Should you buy the iPhone SE or XS?

There are other factors that we can talk about such as camera features and battery life, but there aren’t really that many distinctions between the iPhone XS vs SE in those departments. Both the SE and XS have acceptable battery capacities that will last the average smartphone user throughout the whole day without needing to recharge, and have sharp cameras since they are both modern iPhones. Yes, the iPhone XS has an extra lens on the rear, which gives it a better portrait mode and the ability to zoom in and out, but that doesn’t mean that it will give you better photos in every scenario. So, when deciding between the iPhone XS vs SE, the screen size and processor speed are perhaps the most important factors to keep in mind.