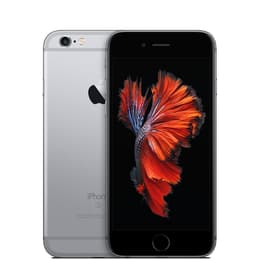 iPhone 6 vs 6s: which one should you choose? It’s honestly a pretty easy answer

When comparing the iPhone 6 vs 6s, we should make it clear that it’s actually very easy to decide between these two phones for two primary reasons:

It may be sad to hear, but you can’t upgrade the iPhone 6 any further than iOS 12, while the 6s can be upgraded to iOS 14. P.S.- This was written before the rollout of iOS 15, but we doubt that the 6S will receive this OS update since it is the oldest device to receive both iOS 13 and 14.

For those of you who no longer remember “Bendgate,” that’s definitely a good thing. This was an absolute tragedy for Apple, and they tried to deny that this was in any way their fault. But the truth is that the iPhone 6 (and especially 6 Plus) were way too fragile and would easily bend in the pockets of many users. And although Apple never admitted to any wrongdoing, it’s also important to note that they made the iPhone 6S and 6S Plus structurally stronger, and this is another important factor to keep in mind when deciding between the iPhone 6 vs 6s. The refurbished iPhone 6S is the right choice if you want an iPhone that is less prone to bending and has a much fresher software experience.