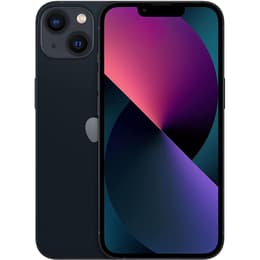 Samsung and Apple are the two main leaders in the smartphone market today. Every year, their devices compete with each other to offer you more and better features. The iPhone 13 and Samsung S21 are both such competing models. With equivalent performance, they are sometimes hard to truly distinguish. This verdict should help.

The iPhone 13 has a sleek look that's very appealing. Keeping up with Apple's recent design, it has straight edges, unlike the Samsung S21 with its rounded edges. This is the first difference between the two models. The unlocking system of the two devices is another difference. If you like not having to do anything, you'll love Apple's Face ID facial recognition. Samsung, on the other hand, relies on its fingerprint reader. On paper, the Samsung S21 also seems to have the edge when it comes to video. It records in 8K, which is not the case with the iPhone 13 (only 4K). However, the iPhone 13 is convincing in actual use. Thanks to its stabilisation, images are always sharp and ready for sharing.

Like the iPhone 13, the Samsung S21 is a high-end smartphone. It also has a number of features, such as different video recording modes, a 64MP telephoto lens and a reverse charging system. The latter allows you to charge your devices from using your smartphone's battery. When it comes to battery life, the performance of the two devices is similar. While the Samsung S21 has a bigger battery, the iPhone 13 has better internal software optimisation.

With more new features, the Samsung S21 seems to have the advantage. But the iPhone 13 is still the cheaper of the two in resale. So it's a question of making the best choice according to your expectations. To decide between them, you should also look at their operating system since the user experience is very different between iOS and Android.