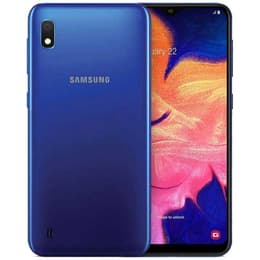 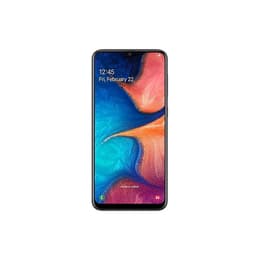 Samsung A20 vs A10 Comparison

Designed to meet your needs -- and your budgets -- these two smartphones are particularly well positioned in terms of value. They are both packed with powerful components and features. The difference between them lies mostly in the screen size, storace capacity plus a few other key components.

Samsung A20, good value for money

Although it has similarities with the Samsung A10 (such as the presence of an EXynos 7884 Octa chip or the 8-core processor), the A20 differs from the previous model on a number of points. For example, it has a slightly larger screen (6.4" versus 6.2"). It also has a higher resolution (1560 x 720 pixels vs. 1520 x 720 pixels) and more RAM (3 GB vs. 2 GB). On the camera front, again, some differences can be noted. This smartphone offers 8 MP of resolution for its front camera, against only 5 MP with the A10 model. Finally, it has an NFC chip that allows you to pair more easily with compatible devices and make contactless payments.

Samsung A10, the compact smartphone

This smartphone has a 6.2-inch screen, a 13MP camera, 2GB of RAM and 32GB of storage. This allows it to function without any lag throughout your daily needs (surfing the Internet, making calls, viewing content, etc.). It's one gram lighter (168 grams compared to 169 grams for the Samsung A20), and it's the smaller of the two smartphones. It also has a similarly smaller pixel density by just 1%. However, the battery life lags behind the A20 more significantly. The A10's battery has a lower capacity of 3,400 mAh compared to 4,000 mAh for the Samsung A20. This means it'll need to be recharged more often, and you may be needing to carry around a power bank.

If you're looking for a smartphone with a good price tag, these two models may be right for you. The Samsung A10 is the more compact of the two by a slight margin. The Samsung A20 is a bit more powerful, with a little  more memory, RAM and a larger battery, providing a few additional hours of battery life.